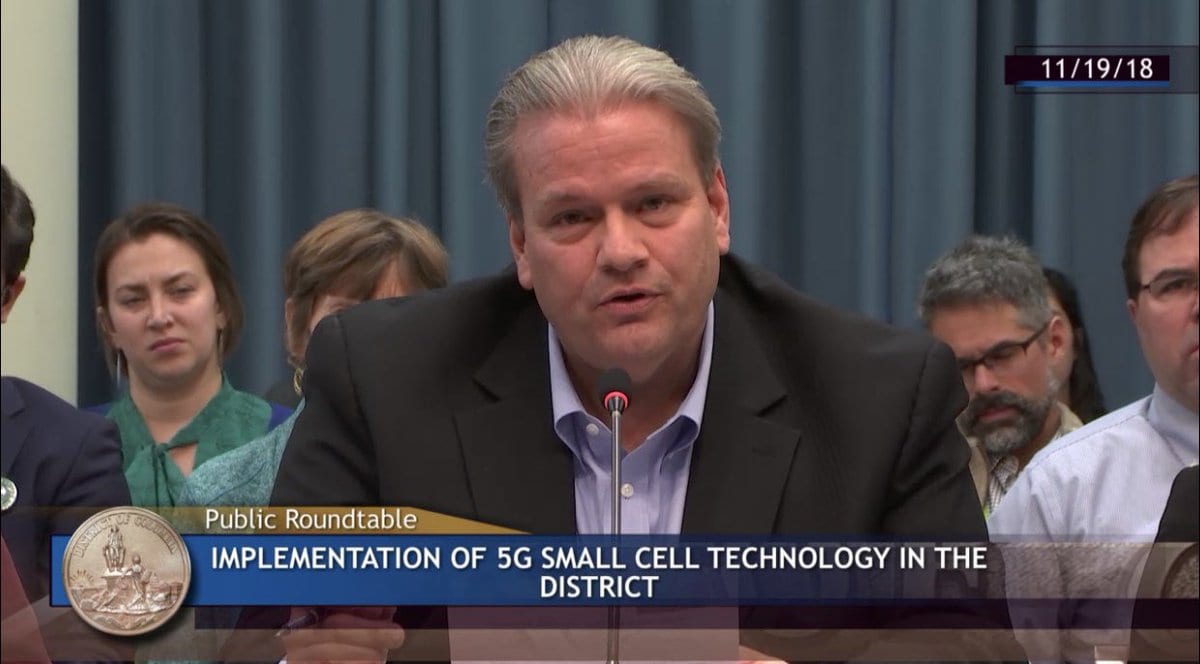 My name is David Williams, President of the Taxpayers Protection Alliance (TPA), a nonpartisan, nonprofit group located here in DC. I have also been a resident of Washington, D.C. for almost 25 years. Thank you for the opportunity to submit this testimony today on the importance of 5G deployment for DC residents and taxpayers.

There has been a lot of misinformation and scare tactics surrounding 5G. But, imagine a future where your wireless connection provides all the speed you need not only for recreational internet use, but also to conduct business at what feels like the speed of light. It’s a future that allows cities like Washington, D.C. to better manage services for their residents using the latest in smart technology. That’s the promise of 5G.  And, taxpayers won’t have to pay for it.

How fast is 5G? The fastest 4G LTE (which people have now) has download speeds that top out at about 20 megabits per second. 5G should easily surpass one gigabit per second, or 50 times as fast as 4G. And companies like T-Mobile and Sprint, who hope to build a 5G network together, are talking about speeds as fast as 4 gigabits per second.

What does 5G mean for residents?  5G has the ability to save lives. So-called “super ambulances” equipped with computed tomography, X-ray scanners and high-definition video connections will be able to not only communicate with emergency departments, but they will also be able to gather data on a patient with the equipment and send it almost instantaneously to the doctors in the ER thanks to 5G. In situations where minutes and seconds count, this could be the difference between life and death and is integral in a congested city like D.C.

5G will also bring the benefits of higher capacity for personal use. I am a season ticket holder for DC United.  Trying to download my ticket at the first game of the new stadium was slow and excruciatingly frustrating.  Current 4G networks can only support so many users before they are overloaded and unable to function properly. The higher capacity of 5G will support more data connections and solve this problem. In fact, 5G will support up to one million devices per square kilometer according to standards of the International Telecommunications Union. You couldn’t fit that many people in Audi Field, Nats Park, or FedEx Field.

What does 5G mean for taxpayers?  The 5G network will be orders of magnitude cheaper to deploy compared to fiber-optic cable, as the signals are beamed wirelessly along small cells installed on structures such as utility poles and buildings instead of traveling along cables either painstakingly buried underground or strung between utility poles. The small-cell deployment method will allow providers to bend the cost curve, making it more feasible to offer internet services to more areas where it’s just too costly to extend fiber to the home. All of this will be done WITHOUT taxpayer money.

This will help close the broadband gap so lower income folks in DC will have access to lightning fast internet.

5G will also make possible advancements in other technology, from video conferencing to virtual reality. Smart cities will be able to dim street lights when no one is around.

Reducing regulatory red tape will help usher in 5G more efficiently.  Because the technology requires the installation of small cells on many more buildings, utility poles and other structures, the permitting process and access to rights-of-way are more important than ever.

The FCC passed an order this year to streamline the federal review of small cells, tweaking old rules that dealt with 200-foot cell towers. The commission hopes cutting the red tape on the federal level will reduce 5G deployment costs by 80 percent.

The commission also issued a directive for state and local governments that sets reasonable fees and establishes a limited time to review applications while still allowing cities leeway on concerns such as aesthetics. The FCC order works in conjunction with laws already passed in about 20 states to help usher in the new wireless technology.

A stark example of what not to do is San Jose, California which sought as much as $3,500 per year from providers to install small cells on its rights-of-way. The California city saw exactly zero small cells installed within its borders prior to this year. Meanwhile, Indianapolis, Indiana which charges just $50 per small cell, has seen a boom in small-cell deployment. That city and the state of Indiana are now home to at least 1,000 small cells, and AT&T and Verizon said Indianapolis will be one of the first cities to see the implementation of 5G thanks to its business-friendly practices.  With your leadership D.C. can also be a leader.

The FCC estimates show the United States could see $275 billion in investment, 3 million new jobs and $500 billion in new gross domestic product with the rollout of 5G. But only if the U.S. is the leader, as the investment could go to other countries if America doesn’t act quickly.  D.C. has an opportunity to be on the cutting edge of this technology and help close the digital divide without taxpayer money.

Thank you very much for your time.