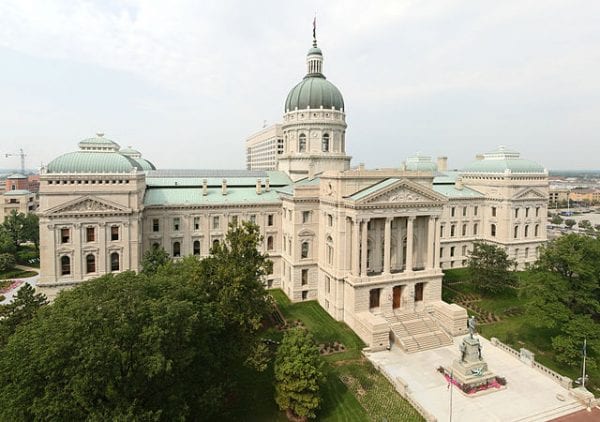 Sweetheart Deal With Agile Will Hurt Indiana Taxpayers and Consumers

Corporate welfare is alive and well in Indiana.  Agile Networks, a hybrid wireless provider based in Ohio, secured a deal in Indiana that will allow the company to profit from leasing state government publicly-owned communications towers, fiber, and public rights of way.

Agile profits from a similar deal in Ohio. That agreement allows the company to sublease parts of Ohio’s state-owned communications network to other private providers. That’s a complex way of saying: Even though Ohio taxpayers paid for their statewide network, Agile lines its pockets with the revenues from subleasing contracts. Representatives from Agile won’t reveal to Ohioans how much the company is reaping from the deal.  And, the contract with the Buckeye state doesn’t require the company to release the details, which makes the deal even more suspect.

Agile also has transparency problems in Indiana.   The deal between the company and Hoosier policymakers was never discussed between government officials and stakeholders before it was announced. Taxpayers need to know why the deal was made.

The most logical explanation is probably because this contract could potentially harm consumers in the state by reducing competition.

Indiana’s deal with Agile would split profits between the state and the company.  Then-Gov. Mike Pence promised the Agile contract would “deliver sound financial returns and long-term benefits to Hoosiers.” But, taxpayers can’t verify any of the benefits from the deal.  There also isn’t any proof that Agile isn’t just using the agreement with the state to line its pocket.  Indiana taxpayers deserve to know.

State officials have also argued that this deal will improve broadband access in rural areas, but there is no requirement in the contract that Agile deploy service in less populated areas. And while Agile hasn’t made its rural investment plans clear, it has outlined plans to operate in the state’s major cities where competition is already healthy.

Consumers also should know how this contract could negatively impact them.

Broadband and fiber infrastructure historically has been left to the private sector. When federal policymakers rewrote the nation’s telecommunications law in the 1990s, there was bipartisan agreement that Washington, and state and local governments, would take a hands-off approach to the internet.

For once, Congress got it right. Since the 1990s, the private sector has invested more than $1.4 trillion in wired and wireless infrastructure. More than $23 billion has been invested in Indiana alone. Today, all Hoosiers have access to wireless broadband and more than 97 percent can access wireline service. Indiana is the 22nd most connected state. Nearly 87 percent of Hoosiers have access to wired broadband that is 25 mbps or faster and about 39 percent have access to lightening fast gigabit speeds. Gigabit service is relatively new and generally unnecessary for most households and businesses. Networking expert Glenn Fleishman has said that unless you’re running a server operation, 50 mbps service is all you really need.

Lawmakers decided two decades ago that government and the internet don’t mix because they understood that a competitive environment free from government influence would spur rapid investment in this new tool.

Lawmakers also recognized that competition would ensure lower prices for consumers. The Agile deal will reduce competition by favoring Agile over other providers. And, when government gets in bed with certain private sector companies, it’s more likely to work to benefit those companies rather than consumers or taxpayers.

If the goal is to “ensure sound financial returns,” i.e., profits, for the state government, it follows that policymakers would try as hard as they can to give their preferred provider a leg up over the competitors who aren’t working with the state. It’s in their interest to do so. Other private sector internet service providers will understand this and, as a result, will be more likely to take their investment dollars to states where the government doesn’t have a favored friend.

It’s quote simple.  The Agile deal is corporate welfare—and that hurts taxpayers and consumers. It has in Ohio, and it will in the Hoosier state.