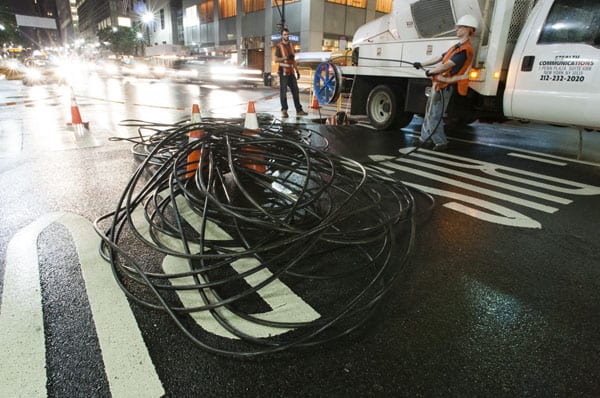 Stay Away from Municipal Broadband Boondoggles

This article originally appeared in the Washington Examiner on April 17, 2018.

When it comes to broadband boondoggles, localities never seem to learn their lesson. Even after multiple Colorado municipal broadband projects ended in fiscal ruin, Fort Collins recently voted for nearly $150 million worth of bonds for “public Internet.” Towns such as Firestone and Frisco are following suit, with little attempt to warn taxpayers about the potential fiscal fallout.

Given the continued failures of taxpayer-funded networks, state legislators should stay away from spending any tax dollars on these boondoggles.

The Taxpayers Protection Alliance Foundation launched a website to identify failed or failing taxpayer-funded broadband projects. With new trainwrecks such as KentuckyWired and iProvo, the list grows everyday.

In examining a regional initiative to bring municipal broadband to sixteen cities, the Utah state legislature identified extensive budget overruns, construction delays, and lack of consumer demand. Taxpayers in Provo, Utah are still on the hook for their broadband system’s $40 million debt, after the government sold the network to Google for $1. Orlando, Fla. had a failed 17-month stint with a public Wi-Fi network, which cost the city about $1,800 a month and only serviced 30 users daily.

One study that compared economic growth in broadband expansion cities to similar cities without broadband programs found that state and local broadband investments deliver little bang for the buck. And, according to a study released by the University of Pennsylvania last year, only two of twenty municipal systems examined were able to recoup construction and operation expenses. The government broadband network in Powell, Wyoming, for example, should turn a profit in 1,253 years — give or take. But the expected useful life of such fiber networks is just 30 to 40 years.

Advocates of increased public investment respond by complaining that a lack of funding makes broadband efforts untenable, and argue for matching funds partnerships between states and the federal government.

But broadband deployment failures are not limited to states; the Department of Agriculture’s Rural Utility Service squandered nearly $10 billion over the last decade in attempting to provide Internet access to residents of rural areas. The Government Accountability Office concluded in 2014 that the program failed to live up to expectations, with low uptake and abysmal program efficiency.

If the federal government, with its practically unlimited money, is unable to accomplish the task of providing broadband access to underserved Americans, then there should be skepticism about state efforts to do the same with more modest budgets. Whether state or federal, the government is bound to fail at expanding Internet access. Unlike private providers bound by financial incentives, lawmakers have little incentive to study consumer demand levels before appropriating funds to municipal broadband. Instead, business growth that may have happened anyway could easily be attributed to government efforts in press releases and stump speeches. Meanwhile, forced “subscribers” are left footing a gargantuan bill.

But if government intervention doesn’t work, then what will get Internet to underserved areas? The answer is not “public-private partnerships,” but a reduction in regulations hindering deployment. A protracted permitting process, combined with point-of-contact confusions, are largely responsible for any dearth of private funding. And as the Federal Communications Commission acknowledges, “municipal broadband … may discourage investment by private companies.”

The impending jump from 4G to 5G will test Washington’s metal in removing regulatory barriers to innovation. With peak minimum download speeds of 20 Gb per second and support for 100 devices per square meter, the new standard will help bridge the digital divide by lowering the fixed costs of deployment. The FCC should be applauded for its recent decision to ease up on permitting rules for 5G deployment, but far more needs to be done across the country to facilitate cheap, effective private build-outs of Internet infrastructure.

The risks of excessive regulation, coupled with a lackluster return on investment, should give state governments across the country pause when considering spending money on municipal broadband. Millions of dollars in freed up funding can be used to repair physical infrastructure, or other real priorities, not to bilk taxpayers with ineffective programs.