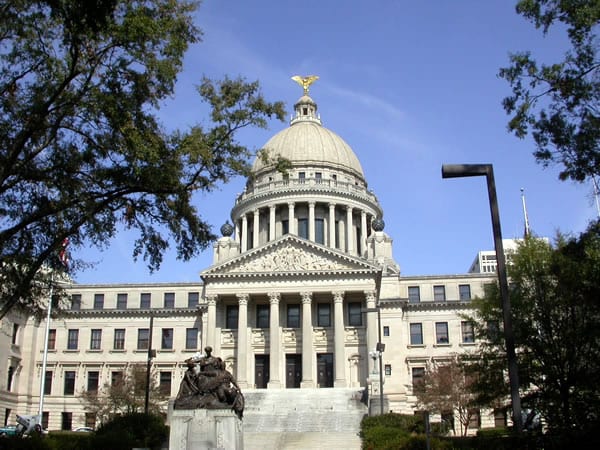 Mississippi will receive $1.5 billion as part of its settlement from the British Petroleum oil spill. A new plan proposes to use a significant portion of that settlement to build a government-owned broadband “fiber ring” connecting several South Mississippi cities including Biloxi, Gulfport and D’Iberville. Biloxi Mayor Andrew “FoFo” Gilich said the total cost of the network, which officials hope will eventually encompass 12 cities and three counties, could top $100 million.

While broadband service is an important tool for students, business owners, job seekers, public safety and health care professionals, spending the BP settlement money on a network owned and managed by the cities is a waste of public funds and puts taxpayers on the hook for future financial exposure. And it is hard to imagine that residents in Biloxi will tolerate the delays the Fiber Ring installation will cause in the current infrastructure projects on the Point.

Proponents of the government-owned broadband network argue that the network will provide better prices to consumers, or will drive down private ISP prices. These claims are tenuous at best, and outright deceptive at worst.

A 2014 study by the Phoenix Center for Advanced Legal and Economic Public Policy found that “municipal systems typically charge consumers substantially more than their private-sector rivals for very similar triple-play offerings.” Furthermore, instead of driving down private ISP prices through competition, government-owned broadband networks are more likely to reduce competition. Municipal networks don’t play by the same rules that private ISPs do. City networks pay reduced fees and operate under relaxed standards. Private broadband providers deciding whether to launch service in D’Iberville, Gulfport or Biloxi, should be concerned about government subsidies that their competitor will receive and choose to move somewhere else. This would reduce competition and potentially cause higher prices.

Cities in the Gulf Coast region are lucky — they are already home to a vibrant and healthy private Internet market — but with the government in the mix, fewer providers are likely to move to the region. Fewer choices results in less competition, and, ultimately, higher prices.

The plan to spend $100 million on a government-owned network is also a huge gamble. After claiming for years that municipal broadband networks would generate revenue for the cities that operated them, government-owned broadband supporters no longer make this claim. They can’t. Groton, Conn., Provo, Utah, Marietta, Ga., and other cities have all sold their government networks at huge, multimillion-dollar losses. Other cities, including Burlington, Vt., and Chattanooga, Tenn., have seen their debt ratings downgraded because of their networks. Officials in Tacoma, Wash., today are contemplating how to get out from under their network, which is losing more than $7.5 million a year.

The cost of the proposed fiber ring network is $100 million today, but that figure doesn’t include the cost of upgrading the network, or how policymakers would cover operating losses if (more likely, when) these networks don’t earn enough to cover their costs. Taxpayers are likely on the hook for much more than $100 million.

State and local leaders have the opportunity to champion genuine challenges facing Mississippians with the BP oil spill settlement funds. Instead of spending millions on government-owned broadband, and exposing taxpayers to risk in the future, local and state lawmakers should focus on repairing real issues facing the state.