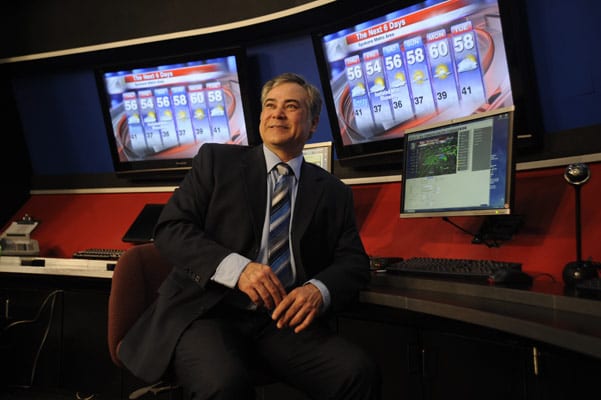 No, Spectrum for 5G will Not Worsen Weather Forecasts

As America darts from one wireless generation to the next, consumers and the economy have benefited from ever-increasing connection speeds and capabilities. Launched in 2007, the original iPhone was built for a 2G network that was best suited for calls and simple data functions like texting. Back then, playing games like Angry Birds was just a dream. Fast forward to today, and smartphone manufacturers are readying their new devices to be compatible with 5G, the latest and greatest wireless generation that will be at least ten times faster than 4G and empower consumers to access virtual-enabled health care, education and job-training technologies. But this won’t work without increased spectrum made available for 5G.  Efforts by some to limit bandwidth used for wireless – under false pretenses – would make millions of consumers worse off. And, even worse, some are using scare tactics to stop the deployment of 5G.

This time, though, the suspects aren’t the usual luddites claiming that 5G will cause cancer, “turn the frogs gay,” or some combination thereof. Rather, these spectrum naysayers are within the ranks of the federal government, as the National Oceanic and Atmospheric Administration (NOAA) and the Department of Commerce (DOC), its parent agency, push debunked reports on the alleged consequences of using spectrum for 5G. The issue is the 24 GHz band of spectrum, a crucial block of bandwidth that many internet users can rely on simultaneously. As the auction process wraps up, and the Federal Communications Commission (FCC) nears its decision on winning bidders, these government agencies claim that using the 24 GHz band for wireless will….harm your weather forecast.

What? According to NOAA acting chief Dr. Neil Jacobs, re-allocating spectrum would set back weather forecasts forty years, threatening cutting-edge 7-day forecasting and invoking grainy footage of oft-inaccurate 1970s forecasts. Testifying before Congress, the acting administrator detailed how “NOAA is developing its next generation global prediction system,” and any attempts to use the 24 GHz band for wireless could hamper that much-needed progress. Never mind that NOAA is hardly the paragon of progress. All of the spectrum in the world can’t stop communication/IT errors, such as the National Weather Service’s “Biblical” flood warning that appeared to show waters about to envelop the entire Eastern US and Canada.

But as CTIA Executive Vice President Brad Gillen points out, NOAA’s spectrum claims don’t pass the sniff test. In a May 21 blog post, Gillen pointed out that the agency’s arguments hinge on  “protecting a sensor that was never deployed. The program for that sensor – known as the Conical scanning Microwave Imager/Sounder – was canceled in 2006. This debate candidly should end with that simple fact—it’s pretty hard to harm something that does not even exist.”

Gillen further notes that a DOC study that pushed doomsday spectrum scenarios similarly lacks rigor. He points out that the analysis, “was developed without industry coordination and did not follow the well-settled protocol to address interference issues, which could have helped identify the significant errors in the study. The study lumps together potential interference from across the entire Eastern United States when it should only consider an area roughly the size of D.C.  And it also doesn’t take into account how 5G technologies actually work.”

When considering how best to deploy and allocate spectrum, the FCC should pay attention to different parties’ competing claims. But agencies shouldn’t resort to debunked arguments and mothballed, outdated equipment to make their case. While there will always be tradeoffs in assigning spectrum, policymakers should pay special attention to the unique promise of 5G. If given the bandwidth needed, 5G will bring wireless services to millions of underserved Americans that desperately need them. Everyone can benefit from the latest technology standards – if government agencies quit stonewalling and work together.