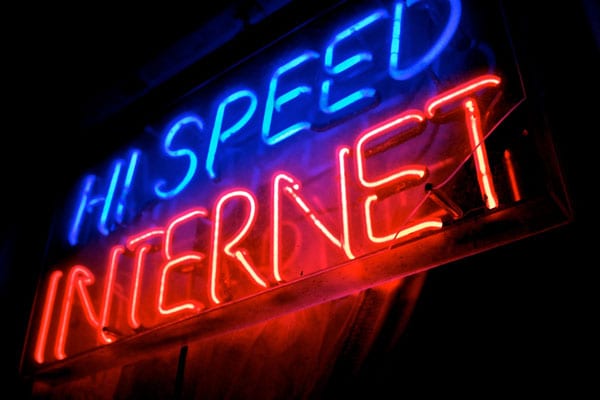 Don’t turn back the clock and re-regulate the Internet

This article originally appeared in the Washington Examiner on April 23, 2018. Jeff Mazzella is president of the Center for Individual Freedom (www.cfif.org).

The dizzying pace of digital innovation has created once-unthinkable economic possibilities for millions of Americans, and perhaps the only way that progress can be stopped is if government gets in the way.

But that’s exactly what will happen if Congress advances an ill-conceived legislative gimmick that would turn back the clock on Internet rules and slow the expansion of high-speed access to more Americans across the country.

To understand why, first realize that the broadband industry’s investment in the country’s digital infrastructure and its concomitant ability to use the Internet to create economic growth for businesses and individuals has been nothing short of staggering. From 1996 to 2016, together with the media and information technology sectors, broadband invested more than $1.6 trillion in the U.S. economy. In 2016 alone, U.S. broadband providers invested $76 billion in telecommunications infrastructure.

Such investment has provided a boon for workers, as the broadband industry itself supports 11 million U.S. jobs.

But despite broadband’s enormous impact on the nation’s overall economy, its role in driving small business growth is often overlooked. The Internet, made possible by the broadband industry’s investment and innovation, allows traditional small businesses to modernize their operations and expand their markets to a global universe of consumers. In fact, 84 percent of small businesses in the U.S. use digital platforms to reach customers, while 75 percent use online tech platforms for sales.

Rural businesses in particular are realizing the benefits of high-speed broadband. In rural Iowa, for example – where most farms are still owned and operated by families, not big corporations – nearly 80 percent of businesses now rely on broadband to operate. As a result, small businesses in Iowa and around the country are able to reach new marketplaces, increase their margins and hire more workers – supporting both local economies and the nation’s overall economic growth.

As the Internet revolutionizes the economy, it also helps Americans succeed in a rapidly changing workforce environment that requires more modern skills. Web-based training programs such as those offered by companies like Udemy and Skillshare allow people to learn and refine valuable new job skills, whether they live in cities or remote rural towns.

Despite all that, some in Congress are now pursuing efforts to permanently cement pre-Depression-era policies to govern a 21st Century Internet. Earlier this year, a handful of lawmakers introduced a legislative maneuver under what is known as the Congressional Review Act that would reimpose antiquated rules known as Title II on the Internet. Their bizarre argument — a reaction to a decision in late 2017 by the Federal Communications Commission to reinstate a pro-innovation approach for regulating broadband networks — is that without subjecting the Internet to the burdensome Title II regulatory framework, everything from free speech to democracy itself would be jeopardized.

It’s nonsense. Putting aside the doomsday rhetoric, their argument ignores the fact that the FCC’s ruling requires Internet service providers to disclose their open Internet practices. It also empowers the nation’s top consumer watchdog, the Federal Trade Commission, to address potential “net neutrality” violations. And rather than protecting consumers, the old rules sought by some lawmakers would dramatically slow private capital investment and the expansion of high-speed Internet.

Indeed, we’ve already seen the consequences of using outdated rules on the Internet.

After the FCC imposed Title II in 2015 to govern the nation’s broadband networks, investment in broadband infrastructure plummeted. In fact, Title II led to as many as 700,000 lost jobs and as much as $150 billion in lost investment in broadband. For Americans in rural and underserved communities, that meant longer waits for access to the economic benefits of high-speed Internet. The Internet CRA – which would need just a simple majority to pass – would irrationally bring back the Title II regulatory framework that led to those lost jobs and investment.

The Internet is far too important to be governed by hyper-partisan gimmicks such as this Internet CRA. Instead, it requires thoughtful debate and ideas that can guide one of the nation’s most vital economic drivers for generations to come. It’s time for Congress to stop playing legislative games and start working towards legislative certainty on this issue to ensure a truly free and open Internet that encourages, not discourages, continued private investment and innovation.