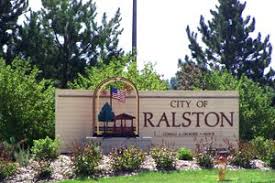 An underutilized arena built with taxpayer money doesn’t get much.

For example, in Ralston, Nebraska, it gets you higher taxes and less police protection.

The Ralston City Council recently approved a budget that will increase the city’s share of residents’ property taxes by 10 cents, boosting Ralston’s levy to 71 cents per $100 in valuation. That means a person owning a $200,000 home will see their property taxes go up by $200.

The council also voted to eliminate two vacant positions on the city payroll – one police officer and one parks department job, as well as reduce the budget for overtime for the Ralston Police Department. The trims also include $10,000 for library materials and $5,000 in computer maintenance.

Council member Craig Alberhasky was aghast at the tax increase.

“I can’t in good conscience vote to increase the taxes on the citizens of Ralston to prop up our arena,” he said during the meeting.

Ralston Arena, completed in 2012, was expected to cost $25 million, but residents of the eastern Nebraska city got to fork over $41 million for the project when all was said and done. Those taxpayers now are on the hook for $4 million annually in debt service in a city that averages $4.8 million per year in general fund revenues.

Revenues for the arena haven’t been as high as expected. It probably won’t help that The Side Room, a small venue within the arena used for concerts, will halt its music schedule because it wasn’t profitable.

While increased operational costs are also to blame for the tax increase, City Administrator Dave Forrest told Omaha World Herald in September that the arena also played a large role.

“Certainly it’s undeniable that the amount of resources that go to the arena limit our room [to] maneuver,” he said.

That lack of maneuverability will last for a long time because the debt for Ralston Arena isn’t scheduled to be paid off until 2033.