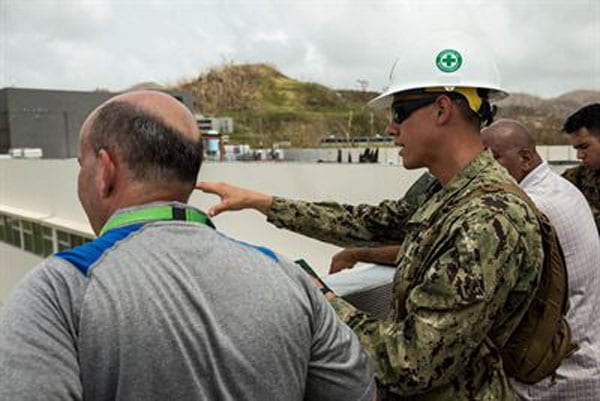 This article appeared in The Daily Caller on October 17, 2017.

Hurricanes Irma and Maria’s twin paths of destruction have knocked the wind out of Puerto Rico, sending the American territory into a tailspin. In the wake of the cataclysmic one-two punch, islanders are pressing Washington to ramp up recovery efforts and restore basic services. And, with billions of dollars in damages, Puerto Rico will undoubtedly be the beneficiary of a hefty federal aid package.

But lawmakers pouring over potential line items are missing the bigger picture on Puerto Rico’s problems. Faced with deep structural issues, Puerto Rico stands to benefit from a carefully crafted package that emphasizes fundamental reform instead of plain relief. This is a once-in-a-century opportunity to kick-start Puerto Rico and provide the right foundation for the next century. But as the Taxpayers Protection Alliance has noted before, without oversight, even the most sensible hurricane packages morph into reckless, pork-filled endeavors that squander tax dollars, underwrite dubious loans, and open the door to federal indictments for fraud and abuse.

It’s no secret that Puerto Rico has a long history of abysmal management and systemic public graft. This week, even the current Governor, Ricardo Rosselló, acknowledged that Puerto Rico has been defined by a “total lack of accountability […] and, certainly corruption,” for many years.

Sadly, this is all too familiar of a story for the Commonwealth.

In the past year, for example, a former high-ranking official with the previous government was indicted for conspiracy to steal federal housing funds and the largest ever scheme to defraud Medicare was broken up in Puerto Rico.  Reprehensible behavior like this is exactly the type of conduct that has so many in Washington concerned about sending unlimited aid to Puerto Rico without strong oversight.

Ensuring transparency has broad, bipartisan support from key supporters of Puerto Rico like Rep. Sean Duffy, who recently stated, “I’m going to be supportive of revenue that flows to Puerto Rico that helps them in the disaster, but I want to see how they plan on spending it.” Similarly, in a Dear Colleague letter, Rep. Mark Walker has asked that Members be “allowed to offer amendments [to aid packages] that could increase transparency for how funds will be used, ensure funds are focused solely on true disaster response and […] offset the burden of higher spending proposed by the bill.”

Florida Sens. Marco Rubio (R) and Bill Nelson (D) have even written to Attorney General Jeff Sessions and noted that, “As the National Center for Disaster Fraud continues its important work with the U.S. attorney’s offices and other federal, state, and local agencies related to Hurricane Irma, we respectfully urge you to expand the scope of the task force in Puerto Rico to account for any illegal activity related to Hurricane Maria.”

But therein lies the issue.  While it’s great that Congress is concerned and that there is a disaster fraud center, they only take action after the act of corruption has been committed, following a full investigation.  The government needs to be proactive and stop fraud before it happens.

One might think the Federal Oversight Board – installed by the 2016 PROMESA Act and appointed by President Obama – is up to the task to do this.  But it is a mistake plain and simple to entrust such powers in such a train wreck of an organization. For starters, overseeing an infrastructure rebuild is beyond their remit, or know-how. The Board has failed at their most basic task as outlined under PROMESA- to return Puerto Rico to market access and reform a bloated, inept government.  In fact, they’ve signed off on increased, not decreased, government spending.  Worse, they’re treating transparency with contempt going so far as to sue a Puerto Rican news outlet who was seeking information on the true state of the Commonwealth’s financial data.

Only through a single conduit to authorities in Washington, such as a “czar” properly endowed with both authority and independence who reports directly to the President, can taxpayers be ensured even a semblance of legitimate oversight into the aid distribution process and loan legitimacy. The czar would understand what it would take to reboot Puerto Rico, both economically, financially and institutionally.

Aid should not be treated as the equivalent to a hand out. Average Americans should not be paying for the pensions or payroll of Puerto Rico’s public employees, instead of debris cleanup or infrastructure reconstruction.

The U.S. has an important role in helping Puerto Rico. But to prevent the continuation of the disastrous practices, endemic graft and incompetence that have left Puerto Rico unable to help itself, an increased level of auditing and oversight will ensure that disaster relief goes to actual victims and recovery efforts.

So much remains to be done on the island. A targeted, federal aid effort is essential in helping solve some of Puerto Rico’s problems, without burdening federal and territorial taxpayers with unwanted expenses for years to come and perpetuating a history of bad governance. Now, it remains up to those in Washington to decide if they will cave to the pressure to use these horrific events as an opportunity to bail out Puerto Rico.