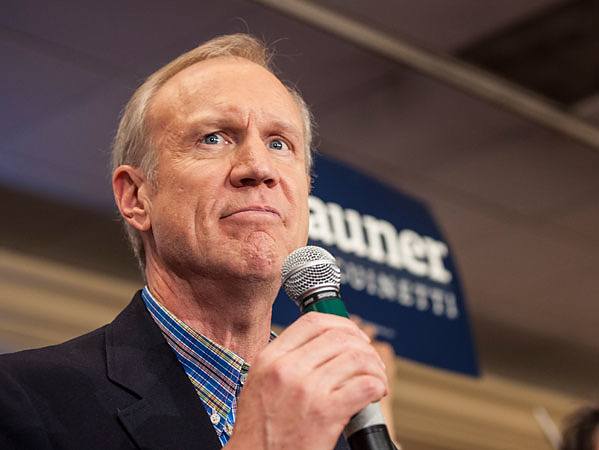 Taxpayers Protection Alliance (TPA) has made very clear our opposition to bailouts and cronyism at the federal level, but we are also fighting these battles in the states. Governors have a duty to protect taxpayers from wasting their money on initiatives and programs that will not only do financial harm on the state, but also set dangerous precedent going forward for how taxpayer money is used. In Illinois, Republican Governor Bruce Rauner has an opportunity to stand up to cronyism and wasteful spending by opposing the “Future Energy Jobs Bill” that the IL State Legislature is likely to send him any day now.  The bill provides a crony bailout to nuclear plants, all owned by one company (sound familiar?) and will hit ratepayers for years to come. TPA signed this coalition letter, sent to the Governor on Thursday by American Commitment, urging him to use his power to reject this crony bailout.

ComEd/Exelon’s scheme to extract corporate welfare from the pockets of Illinois families and businesses will have disastrous economic consequences.

We therefore urge you to veto any version of the so-called “Future Energy Jobs Bill” in its entirety and tell the legislature that you won’t support any wasteful corporate bailouts.

The “Future Energy Jobs Bill” has accurately been called “the largest rate hike in U.S. history.”  While Exelon will be able to pad its profits with billions of additional ratepayer dollars, Illinois businesses and families will be forced to pay an estimated $16.4 billion due to higher energy costs and other “clean energy” giveaways.

In addition, a recent econometric analysis showed that implementation of this law could cost Illinois over 43,000 jobs.

Furthermore, Exelon’s demand that utility providers be forced to purchase their energy is incompatible with the free market values you campaigned on.

The principal economic challenge faced by energy markets in Illinois is the same as in the rest of the country – badly designed policies that are forcing excessively subsidized wind power onto grids at uneconomically low and sometimes even negative spot prices.  With a new administration in Washington we have an opportunity to address this root cause rather than attempt compensate for it with even more state-level subsidies at ratepayer expense.

For these reasons, we urge you to immediately veto the “Future Energy Jobs Bill” and stop any attempt by the Illinois legislature to ram through a de facto multi-billion dollar tax hike for the benefit of a single operator of nuclear plants.

Coalition For a Strong America