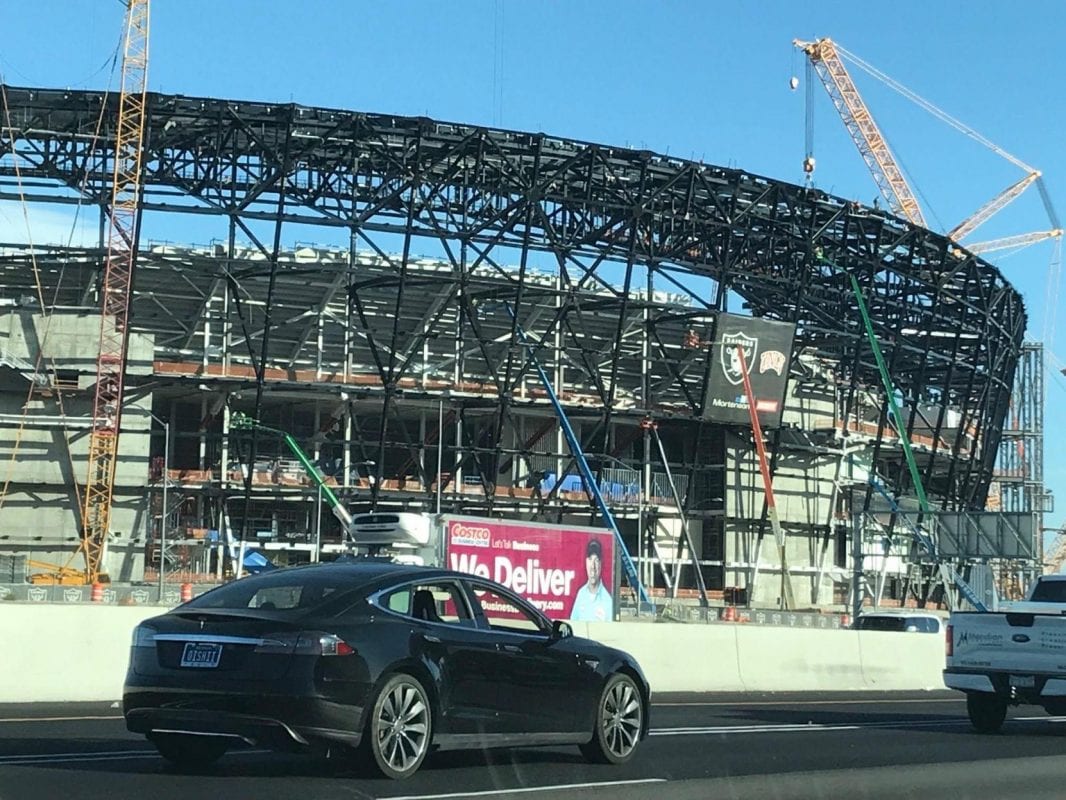 This article originally appeared in the Center Square on October 30, 2019.

Although taxpayers are footing $750 million of the $1.9 billion cost for Las Vegas’ new stadium for the NFL’s Raiders in the form of a lodging tax, they won’t see a dime of the naming-rights revenue.

The Raiders recently announced that Las Vegas Stadium will be known as Allegiant Stadium after the Raiders reached a deal for the naming rights for their new Nevada home.

While the deal’s financial terms were not revealed, experts told the Las Vegas Review-Journal that Allegiant Travel Co., parent company of local airline Allegiant Air, will probably pay an annual fee of $20 million to $25 million for the rights.

“We’re thrilled that our future home will be known as Allegiant Stadium,” Raiders President Marc Badain said. “As the hometown airline, Allegiant is the perfect partner to showcase the incredible support we continue to receive from the Southern Nevada community. We are grateful to all involved who worked diligently to make Allegiant Stadium a reality.”

Badain told the Review-Journal he had hoped to attract a company with ties to Las Vegas, and the Raiders had talks with a variety of companies, including local casino-resorts.

“Allegiant stepped up a while ago and expressed interest,” Badain said. “We were really excited about them being a partner. We’ve been at it for eight or nine months trying to put a deal together.”

The 65,000-seat stadium is on pace to be complete next summer in time for the 2020 NFL season. It will host home games for both the Raiders and the University of Nevada-Las Vegas football team as well as the annual Las Vegas Bowl college football game.

Recently, construction crews placed a final steel beam to connect a ring of 26 roof trusses, which marked completion of the highest point of the stadium. Now many of the 1,600 workers on-site are beginning to build the stadium’s translucent roof.

Don Webb, chief operating officer of the stadium construction subsidiary of the Raiders, told the Review-Journal that construction is about 60 percent complete.

Governor says no to taxpayer support of monorail expansion

In a rare instance of a Nevada politician saying no to a stadium-related project, Democratic Gov. Steve Sisolak recently declined to sign a certificate that would have allowed the Las Vegas Monorail Co. to get as much as $200 million in tax-exempt bonds. The money was intended to help extend the monorail south, near Mandalay Bay, so the final stop would be closer to the stadium.

The governor’s office declined to comment on why that decision was made.

The Taxpayers Protection Alliance Foundation previously reported on the mounting losses incurred by the monorail, which runs behind the casino resorts on the east side of the Strip and services the Las Vegas Convention Center.

Las Vegas Monorail Co. filed for bankruptcy in 2010 after low ridership made paying off $650 million in taxpayer-backed bonds impossible.

Financial statements showed the monorail lost more than $75 million in the years 2013-2016. Before the monorail was built, lofty projections estimated daily ridership near 55,000, but recent numbers are less than one-third of that.

Ticket sales have continued to be low with revenue of $41.5 million last year. That is $2.1 million off the pace budgeted by the monorail company. It’s also about $8.7 million less than a 2016 ridership study predicted.

Monorail President and CEO Curtis Myles told the Review-Journal the company has a private lender interested now in financing the monorail expansion.