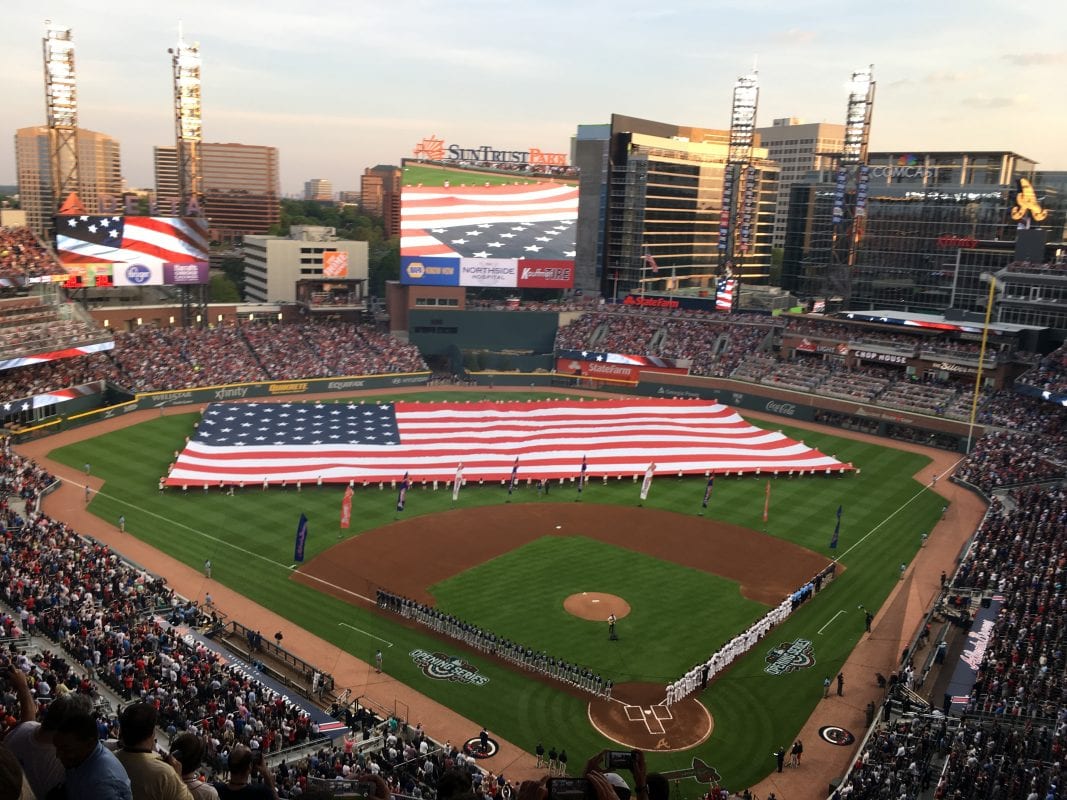 As the Atlanta Braves prepare for the playoffs, for the first time since 2013, they’ll host playoff games in the house that taxpayers built.

SunTrust Park, which opened last year – just 20 years after the Braves got a new stadium in Turner Field after that facility hosted much of the 1996 Summer Olympics – cost $622 million to build. The biggest losers are taxpayers, who are footing $400 million, the lion’s share of the new stadium’s cost.

It’s a heck of a chunk of change, though in the ever growing race of stadium subsidies it pales in comparison to how other cities have given away the taxpayer purse, with the new National Football League’s (NFL) stadium in Las Vegas costing taxpayers $750 million. Or, well, just look in downtown Atlanta, where taxpayers are funding $700 million for Mercedes-Benz Stadium, home of the NFL’s Falcons.

The public debt obligation for SunTrust Park is $16.4 million a year, with locals paying $6.4 million out of Cobb County’s general fund. As with most stadium subsidies, the taxes are borne mostly by tourists – the remaining $10 million comes from such sources as increased hotel and rental car taxes in Cobb County.

But the costs for John Q. Public don’t end there. The county funds a few million more to pay for police presence at games, as well as stadium maintenance and operations. It’s hard, too, to determine exactly how much transportation infrastructure costs in the Atlanta area are due to the new stadium.

TheAtlanta Journal-Constitution (AJC) examined the stadium deal after the Braves completed their first season at SunTrust Park and found that former Cobb County Chairman Tim Lee’s claims that the stadium would be the “biggest economic development deal in our county’s history” was overblown. The AJC determined the stadium was “hardly a home run for Cobb taxpayers.” That’s not surprising considering an examination by the Taxpayer Protection Alliance found that NFL stadiums had no positive economic impact.

Neil deMause, who created the website Field of Schemes to write about public subsidies for sports stadiums, calculated that if Cobb County gets about $5 million in new revenue attributable to SunTrust Park, then the taxpayers’ return on investment is at least negative 80 percent.

“That is something less than a 60 percent annual profit,” deMause glibly notes.

AJC also pointed out the stadium has become “a potent symbol for…irresponsible spending and skewed priorities.”

The past couple of years have proven challenging for the Cobb County pocketbook, with bureaucrats raiding the county’s rainy day fund yet still facing a budget shortfall in the tens of millions.

There is at least some recent good news. Higher-than-expected hotel revenues will mean the county general fund’s share of the stadium construction costs will be a little lower – at least for this year.

That will do little to patch the gaping hole in the Cobb County budget, so there’s been talk of closing everything from senior centers to libraries to shore up the finances.

In addition to the dire fiscal numbers, it is important to remember that stadium subsidies are the ultimate corporate welfare giveaway. Liberty Media Corporation, the company that owns the Braves, recently reported revenue of $2.2 billion for the second quarter of 2018. If anybody should be paying for this stadium, it should be them.

Perhaps the elderly can play bingo in a new reading room in a corner of SunTrust Park. Really, it’s the least the Braves can do.