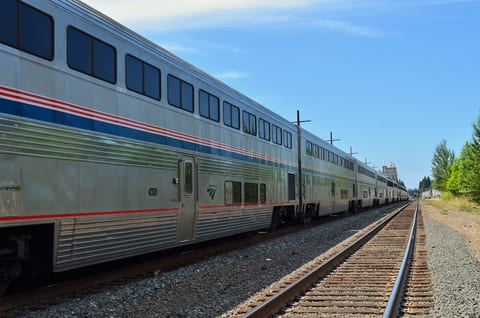 On May 12, Amtrak Northeast Regional Train 188 derailed north of Philadelphia while en route to New York. In the aftermath of the damage done, eight individuals lost their lives, and more than 200 others were injured. The event immediately dominated the news on the internet, television, radio, and print with folks looking for answers and brave first responders doing what they could to get passengers away from the wreckage to safety. Unfortunately, amid the chaos and bravery in the aftermath of the accident there was a horrid display of selfish political cowardice from some who sought to use the tragedy as means to make a political point, as well as a play for taxpayer money.

Pete Kasperowicz at The Blaze reported on the despicable display from some in Congress:

House Democrats on Wednesday pushed for more funding for Amtrak, the government-run rail service, just hours after a fatal derailment in Pennsylvania that so far has claimed seven lives.

Democrats have routinely argued in favor of more infrastructure spending, and early Wednesday were pointing to the crash as another reason why more money is needed.

One elected official even went so far as to directly blame the accident on lack of funding from his colleagues on the other side of the aisle, as reported by Josh Feldman at Mediaite, “Democrat Steve Israel made the case for more Amtrak funding by saying, “Last night we failed them. We failed to invest in their safety.”

Sadly, this tragedy appears to be the result of something that all the taxpayer money in the country could not have prevented: human error. Initial investigations from the National Transportation Safety Board (NTSB) have all pointed to evidence that the train was speeding at over 100mph when it hit a sharp turn on a stretch of the rail where the speed limit was 50mph. If these early reports of speed being the major factor in this it is likely not a question of funding but accountability and responsibility by those charged with running the train.

It is also important for elected officials like Rep. Steve Israel (D- N.Y.) to remember that Amtrak isn’t hurting for funding. Let’s look at some of the numbers:

Recently, the Taxpayers Protection Alliance (TPA) highlighted some issues with overtime pay at Amtrak that should also give Rep. Israel second thoughts before pleading for more taxpayer money. In 2013, Amtrak paid out more than $185 million in overtime expenses. Of that amount, $49 million was paid to 1,022 employees who accrued more than $35,000 in overtime.  Doing some simple math, that means each employee averaged $47,000 in overtime.  With an average salary of more than $80,000, these overtime expenses push those salaries to more than $120,000.

In addition to overtime pay, Amtrak has come under scrutiny for mismanagement with concessions. According to The Manhattan Institute, the concessions have been a particular problem, losing nearly $100 million annually:

The railroad’s food and beverage service has been singled out in recent years by both government watchdogs and Congress for its wasteful use of government subsidies.  Amtrak lost over $900 million from 2003 to 2013 on food services alone.

There are still many questions that must be answered regarding this terrible incident but as investigators begin to eliminate some causes and pinpoint others, it is important that politicians remember that not every tragedy is opportunity to ask the taxpayer for more money. Safety is critical and everyone wants to be able to ensure folks are not put in danger when traveling, but that is not what is happening at Amtrak. Taxpayers have forked over tens of billions of dollars with millions wasted on overtime pay and mismanaged concessions.  While most of the routes continue to lose money, pious members of Congress rush to blame their opponents and conveniently forget their own role in securing the taxpayer dollars for Amtrak that have been wasted for years.

TPA applauds those who have refrained from using this tragedy as a way to get more money from taxpayers and we urge those who have engaged in this shameful behavior to think twice about their duty to the taxpayers that put them in office. Every elected official should be calling for reforms to Amtrak that will put them on a path to fiscal solvency, only then can we have an debate over it’s viability as a government enterprise.