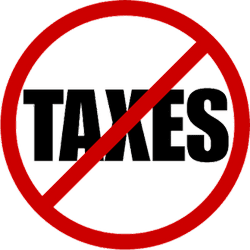 Taxpayers and consumers won an important victory as the fifth session of the Conference of the Parties to the World Health Organization (WHO) Framework Convention on Tobacco Control (FCTC) [COP5] finished their meeting without raising tobacco taxes.  The Taxpayers Protection Alliance (TPA) has long been critical and concerned about tobacco taxes pushed by the WHO and led an international effort to stop these taxes.  The WHO, an agency of the United Nations, proposed a $.05, $.03, or $.01 cent tax on tobacco products, depending on the wealth of the country where the products are being sold.   This tax increase was aggressively pursued with no regard to the potential economic impacts of such a policy.  According to the WHO, “Do not allow concerns about employment impact to prevent tobacco tax increases,” and “Do not allow concerns about the inflationary impact of higher tobacco taxes to deter tax increases.”  Click here to see TPA’s work and read the petition that was circulated.

TPA Senior Fellow Drew Johnson has been in Seoul, South Korea, reporting on the meeting.  The following is an account of Drew’s work (click here for a previous blog posting from Drew on the meeting):

The 2012 edition of the convention, held in the South Korean capital of Seoul, has become known as much for the outrageous decision by member nations to kick the public and the media out of the proceedings as for anything that has passed.

A scheme to wreck regional and national economies and put tobacco growers out of business by restricting when, where and how much tobacco countries can grow has also been less popular than expected. The outrageous plan to disregard national sovereignty by dictating to countries how their land, workers and capital can be used will not be taken up again until for two years.

Perhaps the biggest news of the convention was the decision to blockade the public and ban the press from the conference at the exact moment that discussions of international tobacco tax efforts began. Besides being a troubling assault on free speech, it was also hypocrisy in the highest order. The U.N. claims that ensuring freedom of the press in all nations is one of its primary concerns.  In fact, the organization hosts an annual “World Press Freedom Day.” However, the organization had no objections when members of one of its most high profile agencies decided to strip members of the press of their right to cover the event and operate, instead, behind closed doors.

The United States is not currently a member nation of this WHO tobacco control conference. That is certainly for the best. The last thing Americans need is a shady, unaccountable organization imposing taxes on us and telling us how to use our land.