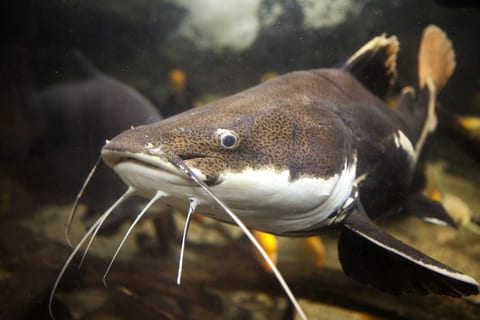 This week the Senate will vote on whether or not to approve Trade Promotion Authority (TPA), a critical tool needed in order for the Obama Administration to finalize trade agreements like the Trans Pacific Partnership (TPP).  Taxpayers Protection Alliance supports TPA (yes, you read that right) and we are encouraged by recent developments in Congress as we near votes on this important legislation. However, there are still some things that are causing problems for the U.S. with some of our potential trade partners and one of those is the wasteful and duplicative USDA catfish inspection program, which TPA has continuously fought against. It has already had an impact on negotiations for the TPP as ten Asia/Pacific countries have written to the United States Trade Representative calling the program an obvious violation of international law. The program itself will cost taxpayers a minimum of $170 million dollars but the impact on bilateral trade could be almost incalculable. With that in mind, TPA joined with Council for Citizens Against Government Waste, National Taxpayers Union, and Taxpayers for Common Sense to show our support for efforts in the Senate, particularly those of Senator John McCain (R-Ariz.), to get rid of the program.

The undersigned groups representing millions of taxpayers and allied educational bodies write in support of your efforts to repeal the duplicative catfish inspection program at the United States Department of Agriculture (USDA) in S. 995, the Bipartisan Congressional Trade Priorities and Accountability Act of 2015. The undersigned groups have been vocal critics of the catfish inspection program that has spent $20 million over four years and not inspected a single fish. The Government Accountability Office has nine times listed the program as “wasteful and duplicative;” and it is one that the former Chief Judge of the highest court of international trade says will result in not just a trade war but also a lawsuit the U.S. will lose. Right now the program is on track to spend $15 million annually for the USDA to do a job the FDA is already doing.

Specifically on the issue of trade, according to an April 24, 2012 bipartisan letter to Senate Agriculture, Nutrition & Forestry Chairwoman Debbie Stabenow (D-Mich.), “And beyond the fiscal implications, the catfish program has caused considerable concern among trade experts.  According to them, the program would create a discriminatory de facto ban on exports from key trading partners and expose us to retaliation… We are aware that no scientific data that catfish, imported or domestic, pose any greater food safety risk than other farmed seafood – all of which will remain under FDA regulation.”

Eliminating the duplicative USDA catfish inspection office was agreed to by voice vote in the 2013 Senate farm bill debate, yet inexplicably the Senate was never granted an opportunity to debate the merits of including this program in the 2014 farm bill.  But now with Trade Promotion Authority, there is an opportunity to finally implement the will of the Senate and end the duplicative waste that the USDA catfish inspection program has continued to foster. We support your efforts to repeal the program restoring some measure of fiscal discipline and we urge your colleagues in the Senate to do the same.