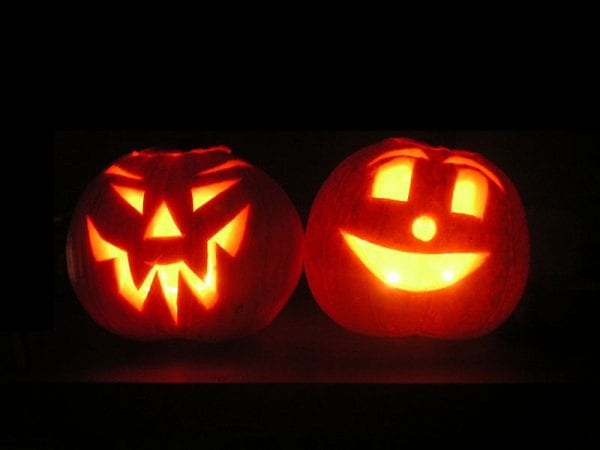 Halloween is quickly approaching which means candy, costumes, jack-o-lanterns and cute trick-or-treaters filling neighborhood sidewalks across America. This also means that it is time for the Taxpayer Protection Alliance’s (TPA) annual Trick or Treat fun. The tricks by the government ghosts, ghouls, and goblins are out once again to scare taxpayers.  The biggest trick played on taxpayers is the $17 trillion debt and a debt ceiling that no longer exists (a ghostly disappearing act).  TPA reached down deep into its bag of goodies and found few Treats so taxpayers don’t turn into Zombies.

Leadership in Energy and Environmental Design (LEED) or “The Green Blob”: No stranger to tricks, the General Services Administration (GSA) and US Green Building Council have been in on one for quite some time and TPA has been there every step of the way to ask the tough questions and continue to expose the reality of the (LEED) certification system. TPA warned about the “new” LEED standards, known as LEED v.4 (click here to read previous blog posting).  LEED v.4 is now set for official use as it has been approved. TPA continues to argue that adopting LEED standards would be harmful for taxpayers and businesses.  GSA officials vanished like a ghost when TPA asked submitted Freedom of Information Act (FOIA) requests. Click here to read more on TPA’s efforts to unmask LEED.

Medium Extended Air Defense System MEADS or “Franken Missile”: The Defense Department is full of tricks when it comes to overspending and overcharging on programs.  This is especially true on unneeded weapons systems, such as  MEADS. This year, despite legislation explicitly defunding the program, the DoD aimed to spend $380 million on a program that even our allies feel isn’t worth keeping. This is one program that keeps on coming back from the dead. Click here and find out more about MEADS.

Farm Bill or “The Grim Reaper(s)”: Though the Senate and House spent much of the year arguing with each other, there was one piece of legislation where they both succeeded in tricking taxpayers. The Farm Bill has been a disaster from the start and TPA has been covering everything from the horrible process by which the legislation moved through Congress, to the absolute lack of reform contained in both versions. The Farm Bill is headed to conference, and there is no doubt the trick is on the taxpayer on this one.  The children of the corn (members of Congress) are sure to frighten all taxpayers. Click here to find out more about the Farm Bill.

Marketplace Fairness Act (MFA) or “The Two-Faced Monster”: Masquerading himself as a champion of taxpayers, Sen. Mike Enzi (R-Wyo.) has shown his true frightening self by spending his time playing a horrible trick on taxpayers with his version of the Marketplace Fairness Act or as TPA and others correctly refer to it: Internet Sales Tax. Sen. Enzi’s version of the Internet Sales Tax passed the Senate in stunningly bipartisan fashion, but there is hope that this awful trick will be stalled in the House of Representatives. Click here to read more on MFA.

State of Maryland or “An Altered Taxpayer State”: Though many states found new ways to hurt taxpayers, one state in particular played a few cruel tricks that TPA couldn’t resist including in this Halloween recap. Maryland began enforcement of a ‘Rain Tax’ in an indiscriminate way and the problems with this tax have been apparent from the outset. There was also the massive accounting errors in Baltimore that may leave taxpayers on the hook for more than $300,000 I property taxes on a building owned by Orioles majority owner Peter Angelos.  The Baltimore Ravens received $130,000 from Maryland taxpayers to promote Obamacare (Quoth the Raven, “Nevermore”).  So, rain or shine, Maryland had a lot of tricks for taxpayers this year! Click here for more on Maryland.

Chattanooga EPB or “The Invisible 1 Gigabyte”: Talk about playing tricks, apparently a constant stream of mind-bogglingly fast Internet that delivers a billion bits of Internet per second is available — for a price — to every home and business in a 600 square mile area. Problem is, finding someone who used it was more difficult than dodging those awful ‘Good & Plenty’ treats in your candy bag! It’s clear that EPB has only sold the service to those who can never use anywhere near what they are advertising. In fact, there’s no proof that EPB can actually deliver a constant gig of service. EPB used hundreds of millions of dollars to play this trick of the non-existent 1G of service for Chattanooga. Click here to read more about this issue.

Obamacare or “It’s Alive! Nope, Just Kidding, It’s Dead”: The highly anticipated launch of the Obamacare exchanges and the administrations website turned out to be a trick, and a very costly one at that. The healthcare.gov website contracted out by the government cost taxpayers at least $400 million dollars and as of nearly three weeks in, the problems are still prevalent and President Obama is left looking like a kid with an empty bag of candy as his signature accomplishment has failed thus far. Click here for more on Obamacare.

Tobacco Taxes or “Europeans Hostel to Consumers”: Over the past year, the tricks that have been played on taxpayers are not limited to the United States. TheEuropean Union (EU) moved to amend current TobaccoProducts Directive (TPD).  The move creates stricter regulations on all tobacco products for the all EU 28 states.Another vote increased advertisement bans on the products and this is a clear shot across the bow at taxpayers andAmerican farmers. Federal and state governments in the United States have been trying to unfairly tax tobacco products, now it is the Europeans turn.  This is another example of government creating a monster that just won’t go away! Click here to read more on tobacco.

Internal Revenue Service or “Bloodsuckers in Cincinnati & DC”: One of the biggest tricks played on taxpayers this year was the discovery of systematic targeting of non-profits by IRS officials in Cincinnati for what turned out to be political purposes. The inappropriate and possibly criminal targeting of non-profit groups had been happening under the knowledge officials in Washington, no just Cincinnati. The abhorrent practices documented by an Inspector General’s report detailed that the IRS Agents selectively targeted nearly 500 groups simply for political reasons, completely disregarding the standards and guidelines that have been clearly laid out for these processes. Click here to read more about the IRS. 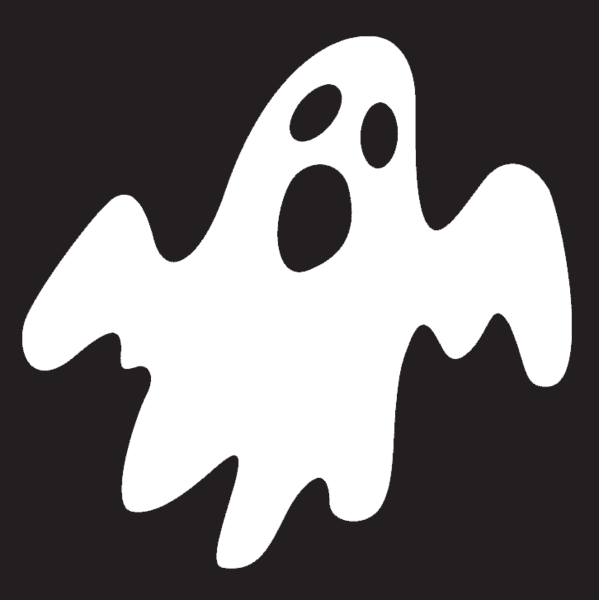 Spectrum: Here’s a mixed bag for the taxpayers this year! TPA has been following developments on Spectrum auctioning and in a case of both tricks & treats there is good news and bad news when it comes to this issue over the last several months. The bad news is that the government controls 64% of all spectrum and the Department of Justice is looking to limit the process for the next round of spectrum auctioning essentially picking and choosing which companies benefit. The good news is that more government-owned spectrum is being released, and that helps taxpayers, consumers, and businesses resulting in better performance from their broadband service!  Experts estimate that, over the next decade, spectrum auctions will net the U.S. Treasury at least $20 billion in revenue, and in a time when we are in need of efficient, cost-cutting, and revenue generating solutions that will help businesses, and consumers. Click here to read more on Spectrum.

Medium Extended Air Defense System (MEADS): Even though MEADS was a “Trick,” Sen. Kelly Ayotte (R-N.H.) and Rep. Bill Shuster (R-Pa.) have been a sweet answer to the missile program. Sen. Kelly Ayotte (R-N.H.) introduced legislation to prevent DoD from spending CR funding on MEADS development and design.  Unfortunately, that amendment never saw the light of day. Rep. Bill Shuster (R-Pa.) criticized the funding of MEADS in an April 11, 2013 press release.  Sen. Ayotte noted that, “[t]axpayers shouldn’t have to keep paying for a failed weapons program that our troops will never use . . . with nearly $17 trillion in debt, we can’t afford business as usual spending. There is near unanimous support in the Senate for cutting funding for the ‘missile to nowhere,’ and the legislation I’m introducing will better support our troops.” Click here to read more about their valiant effort to get rid of MEADS.

Federal Property: Sens. Tom Carper (D-Del.) and Tom Coburn (R-Okla.) offered legislation to sell unused and vacant federal buildings. Taxpayers have been spooked by these haunted “houses” and it is a welcome sign to see a bi-partisan effort to sell these buildings.  Areport from Big Government revealed that taxpayers are on the hook for $8 billion with vacant and unused properties. Selling vacant buildings to the private sector creates opportunity for job growth for companies that need property.  Selling these building to the private sector would be a win-win situation for taxpayers and can have a positive impact on the economy by putting these buildings back to productive use. Click here for more information on this treat.

Farm Bill: In an seemingly never-ending maze of subsidies and insurance subsidies in the Farm Bill, the House of Representatives had a procedural vote on the closed rule and after heated debate on both sides about the separation aspect of the legislation, the vote to proceed passed with 223 Republicans voting yes, including a substantial amount of those who originally voted against the legislation only mere weeks ago. The lone Republican to vote against the rule was Walter Jones (R-N.C.) and the Taxpayers Protection Alliance applauds Congressman Jones for his courage to vote against the rule and help taxpayers find their way out of the maze of Farm Bill madness.

Tax Reform: If House Ways and Means Committee Chairman Dave Camp (R-MI) and Senate Finance Committee Chairman Max Baucus (D-MT) come to your door, they may be giving you a treat, an opportunity to talk about what you want for tax reform. October 22nd, 2013 was the 27th anniversary of the Tax Reform Act of 1986 and there would be no better treat than if Rep. Camp and Sen. Baucus gave us real real tax reform, including the critical corporate tax reform.  Click here to read more about corporate tax reform.

Internet Taxes: The Internet is very helpful in buying a Halloween costume or watching the latest episode of the Walking Dead.  Ghoulish tax eating zombies (members of Congress) have been trying to tax the Internet for many years.  In August, the bipartisan Internet Tax Freedom Forever Act was introduced in the Senate by Sens. John Thune (R-S.D.) and Ron Wyden (D-Ore.). This legislation would permanently extend the moratorium on Internet access taxes and prohibit multiple and discriminatory taxation of Internet commerce, a sweet treat for anybody surfing the net.  Click here to read more about this legislation.

There you have it, TPA’s 2013 Tricks & Treats for the taxpayer! There are a still a few months left in 2013 and the government will likely be playing more tricks as fights on the budget, taxes, entitlements, and spending cuts are on the horizon. TPA will be sure to follow all developments and keep you updated on what’s left in the bag.