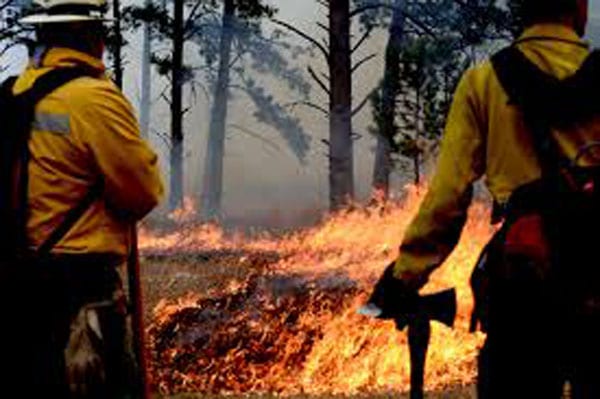 On Water Markets and Wildfires, the President Has a Point

This article originally appeared in Economics21 on August 21, 2018.

As wildfires burn through hundreds of thousands of acres in California, Idaho, and Nevada, policymakers are wondering whether America is doing all it can to tame the embers. The President’s recent series of tweets on the issue suggest that states could be doing more to put out the flames, accusing California of magnifying the crisis through “bad environmental laws, which aren’t allowing massive amounts of readily available water to be properly utilized.” Following these pronouncements, the media and wildfire experts rushed to discredit President Trump’s linkage of water rights and wildfires. CNN, for instance, quoted University of Tennessee climatologist Henri Grissino-Mayer claiming “California does NOT divert water to the ocean. Ridiculous.”

While pumping water into the ocean is not officially California state policy, the lack of a pricing system for water means that billions of gallons of fresh water are, in fact, diverted to the ocean.  This problem is not unique to California – across dry states, the absence of transparent markets for water results in the squandering of the Earth’s most precious resources. The President’s comments could start a much needed conversation on water rights, and what we stand to gain from treating water like a commodity.

On the surface, charging that states pump usable water into the ocean sounds ridiculous, if not downright conspiratorial. But for those who have spent the past few decades studying water-related issues in western states, the President’s claim rings true. In 2015, Andy Lipkis, founder of Tree People, an NGO focused on water policy, pointed to a pressing problem in cities’ treatment of water. Lipkis claimed in a Forbes interview that, “The biggest misconception is that it doesn’t rain in California. The fact is, it does rain, even in Los Angeles and southern California. But we throw away most of that water because rather than collect it, we let it drain into the sea.”

For instance, from 2016-2017, downtown Los Angeles saw nearly 20 inches of rainfall. Lipkis points out that every inch of rainfall generates nearly 4 billion gallons of runoff, which “flows within hours down our concrete streets and into the ocean.” If households and cities captured the water in rain bins and cisterns, there would be more water in circulation.

Despite widespread agreement on the need to conserve water, little incentive exists for collection efforts. Specifically, the world’s most widely used commodity is rarely traded by individuals on an open market. So, even if homeowners and ranchers managed to successfully collect gallons of water on a rainy day, selling it would present a range of hurdles. State-imposed transaction and permitting costs in water markets, coupled with provisions in California and Nevada laws that take away water rights for farmers that don’t use their water right away, means that farms are far more likely to use their own water supplies than look to buy outside sources.

Whenever a wildfire rages, firefighters pay the price for a lack of abundant water reserves. In December, Los Angeles Fire Department Captain Branden Silverman explained that “there are times when there is such a demand for water that the water systems can be overwhelmed [and] there is much less water pressure than we’re used to having.” Often, water levels in reservoirs are not even deep enough to fill containers used by fire departments. For the thousands of firefighters putting out historic blazes in western states, such a lack of resources is disheartening and dangerous.

Fortunately, a well-functioning water market can provide a compelling alternative to the status quo, leading to larger water supplies and a smoother allocation of resources. In Australia, dry conditions and ever-short water supplies led to the development of water trading rights, particularly in the water-starved Murray-Darling basin.  Since prices are a central feature of the system, scarcity in drier seasons forces water to go to its most highly valued uses. The Organization for Economic Cooperation and Development finds “significant allocative efficiency gains as the limited water available moves from those producers with flexible irrigation demands to those with inflexible demands including long-lived perennial horticultural assets.” In other words: the market ensures that water flows where it’s needed most.

California and Nevada’s water systems cannot transform into Australia’s overnight. But the tragedy of wildfires destroying communities should serve as a wake-up call for policymakers to embrace real reforms. On this issue, at least, the President has a point.